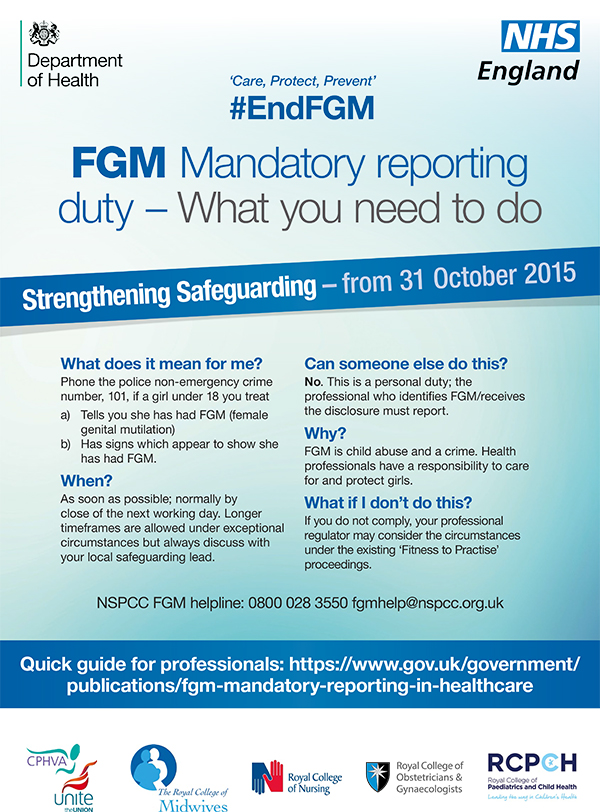 What to do if you think you, or someone you know, is at risk of FGM:

For more information about what FGM is, and how it affects young women and girls, the Daughters of Eve website is an excellent resource:

The information below is produced by the Buckinghamshire Safeguarding Children Board

Female Genital Mutilation (FGM) is defined by the World Health Organisation as:

"all procedures that involve partial or total removal of the external female genitalia, or other injury to the female genital organs for non-medical reasons”.

FGM is considered child abuse in the UK and is a grave violation of the human rights of girls and women. It has intolerable long-term physical and emotional consequence for the survivors and has been illegal in the UK for over 30 years. It is estimated that 137,000 girls and women in the UK are affected by this practice, but this is likely to be an underestimation.

Local guidance and procedure for safeguarding girls and women at risk